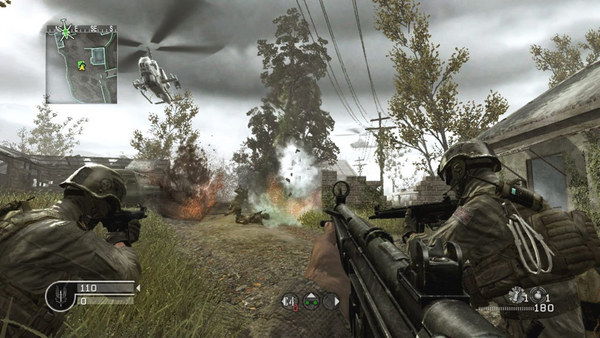 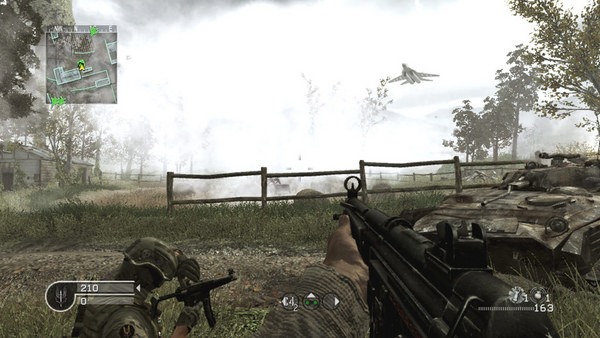 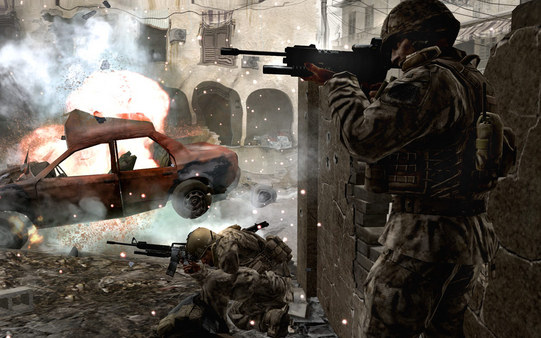 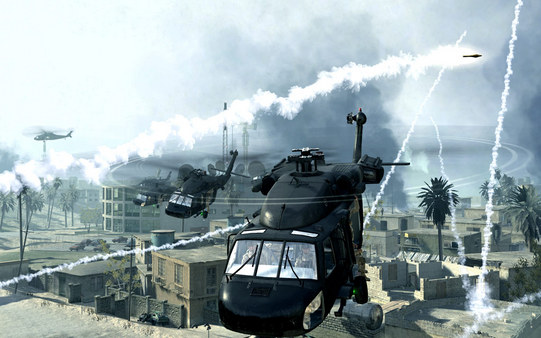 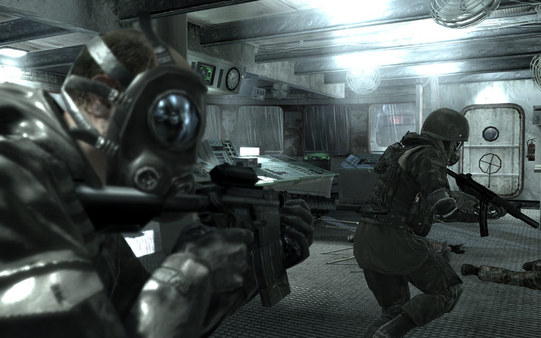 ashaserv information about the seller and his items
offlineAsk a question

INSTANTLY AFTER PAYMENT YOU GET activation link GIFT
Call of Duty 4: Modern Warfare for Steam

About the game: Gripping thriller by the famous team Infinity Ward, its stunning richness and incredible entertainment. Call of Duty 4: Modern Warfare Player provides technological arsenal and throws in a dangerous part of the world to be able to neutralize a group of terrorists and stop the threat hanging over the world. In the role of an American infantry soldier and a British SAS, fighting in the midst of unpredictable events and unexpected plot twists, the player will have to use modern technology, impressive firepower and coordinated the landing of the aerial bombardment, all in a battle where the reaction, accuracy and consistency - the key to success. There was also improved and the online game, reasonableness and diversity which gives users a new online site for a hot battles. Realistic weapons - Includes more than 70 new and real-life weapons from assault rifles with laser sights and "Claymore" to guns M-249 SAW. With accessories such as night-vision goggles and camouflage "Gilly" in Call of Duty 4: Modern Warfare player always pick up an arsenal like. Tactics and air support - Being the most intuitive thriller, the game covers the huge scale of the fighting, which air support is indispensable. In this whirlwind of events intense tactical player will descend on a rope, flying in a convoy attack helicopters, aerial bombardment of enemy fortifications and even the mission of neutralizing the enemy in flying aircraft. Great graphics and sound - the stunning visuals of the new generation, the characters are drawn in the best Call of Duty 4: Modern Warfare. Exciting special effects including volumetric size of the territories, highlighting edges and self-shading of the characters, as well as some physical effects, all of this gives the game an unprecedented photo-realism. Connect the high-quality graphics and rich sound terrific battle with Call of Duty, and you will get an unprecedented mix of emotions. Unique Multiplayer - Multiplayer Series goes back to the successful Call of Duty 2, involving all new players in their epic online battles. The system of creating classes that allows to collect its own arsenal, experience points, opening locked weapons and skills matchmaking system and leaderboards, Call of Duty 4: Modern Warfare gives the player all to enjoy easily accessible and fun game.

After the purchase is necessary to:

1. Download and install Steam http://steampowered.com/about (if not already installed);
2. Register your new account on Steam or go to an existing one;
3. obtained after the purchase link, copy and paste into your web browser, log in under your Steam account and take a gift to the library (that is activated on your account), and add or take in the inventory (ie, can be a gift will someone pass);
4. After activating the game will appear in the list of games and you can download it from steam, and then start playing.

Call of Duty 5: World at War REGION FREE (not for STEAM